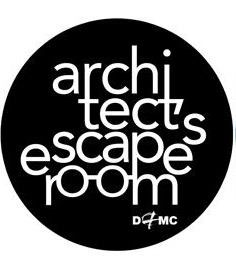 It will take place on the net the third edition of "Dedalo Minosse Cinema", the film festival focused on the figure of the architect in the movies. The need for isolation, the rules of no gathering and the impossibility of travel have obliged the organizers - ALA - Assoarchitetti and its supporters - to make an interesting and stimulating choice, according to the event aims: make Cinema and Architecture dialogue together.

Waiting for Cinema to reflect "on the world that will be" after the pandemic that afflicts us we can not but consider that the figure of the architect has changed substantially in its representation during the just ended decade. The 576 films are coming from all over the world and tell of a profession - like every profession - in economic and identity crisis. A new overall positive course, which sees the architect finally active, present and well aware of the great problems of the territories, inhabitants and inhabited areas.
The dominant theme is the creative escape that well represents the common sentiment of the last decade. Ten years spent escaping from crisis, poverty, wars, but also from a model of development no longer sustainable, from cities and metropolises in perpetual uncontrolled growth, from anachronistic and excessive houses and buildings, in every corner of the planet.
The artist's gesture no longer counts, but the recovery of rainwater.
So escape from the cities, from the architectures of the regime, from the exaltation of the accumulated riches and, more intimately, from the 'family', from the millennial institutions, from old age, from illness.
Through fourteen films the proposed review describes this feeling in every corner of the planet and shows the creative response that the architect has devised to affirm his existence, his own sensitivity.
A composite portrait of woman or man that is defeated by the star system, by complacent and seductive thinking. A portrait that wants to reflect on their being in a world that finally puts a strain on the nineteenth-century figure of architect's profession and its social utility.
Today we must escape stereotypes, customs, pre-constituted models, in order to recover from the past and invent for the future.
The architects' cinema tells how utopia and dystopia are not the same thing. And how the adventures are personal before being collective.

This website may contain cookies issued by third parties to ensure you get the best experience. More info